What is the core motivation, in your heart, that is driving your business forward? That’s the source of what you put into your business, and it’s a crucial, and usually overlooked, concept to consider. I’m going to shed more light on this concept by talking about two extremes of the motivational spectrum.

That’s the intentional executive. It’s crystal clear what he has in mind and what is fundamentally driving the day-to-day decisions at that organization.

There are many entrepreneurs at the other end of the spectrum who are simply waking up to do what they love to do. They had an idea, they were entertained by it, they started developing it and, before you know it, they needed to hire five more people and then ten more after that. A decade goes by, and they have a very good, solid business. You ask them where they’re headed, and they don’t know. They have no real game plan.

That’s the opportunistic/evolutionary organization. It can be interesting to test the boundaries of that orientation by asking, Suppose somebody came along and asked you for your price to sell the whole thing?

It can be immensely helpful to identify on which part of the spectrum your organization falls because it informs and influences every level of your business. Neither is necessarily right or wrong, although each model offers both strengths and weaknesses. The key is that awareness about the orientation of your organization positions you to take advantage of the one and mitigate the other.

For example, in opportunistic/evolutionary organizations, it can be much more difficult to create a coherent strategy and drive a business plan than it is for the intentional leader who is as clear as a bell on their objective:

This is what I’m in it for, where I’m going, how long it’s going to take, what it’s going to cost, and how I cash in and cash out.

Either way, it’s crucial that senior management be aware which it is they’re a part of. Am I plugging into somebody with a real game plan and a real vision of what we’re trying to do and where we’re trying to go? Or am I with someone who is open to what comes and makes decisions on the fly?

I have a client right now with whom I’ve just completed a strategic plan. They have a wonderfully strong sense of legacy. They love this company, which happens to be in the transportation industry. The guy would just love to see his company in the top 100 sometime in the coming three to five years. Why? Why not? It would be fun to do. End of story.

He fits the opportunistic/evolutionary definition of being driven by what’s in his heart about the business and what’s in it for him personally, but there is no real master game plan with a timeline.

On the other end of the spectrum is the leader who is crystal clear and looking very specifically for specific metrics on the stock price, their payoff, etc.

The upside to that is when it comes to actually motivating your people, marshaling your resources and knowing how you’re going to spend money, the intentional style starts to eliminate possibilities for the purpose of achieving a specific intention. It’s very clear.

In other words, it’s easier for them to make clear choices. We know we can’t do everything.

The opportunistic evolutionary guy tends to respond with, Yes, great idea. We’ll invest in the new system over here, and we’ll do something over there. But I reserve the right to change my mind.

So he might be agile, he might be open, but it’s certainly no plan. It’s difficult to set a concrete objective because the goal line can be shifting and changing.

The opportunistic/evolutionary business actually is more spontaneous and at times operates with a degree of whimsy, whereas the intentional business says: This is the game plan. This is the focus. 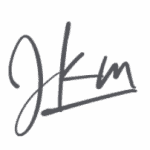